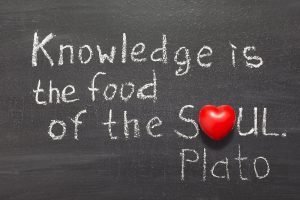 Ever wondered what all the fuss is about that Plato guy? Or why philosophers are still quoting Aristotle even though he died two and a half thousand years ago? Or why people are always saying ‘Philosophy began in Greece! ’? If so, this course is for you! Over a jam-packed two days we’ll start at very beginning in the 7th Century BCE with a group of philosophers known as the Pre-Socratics. While their theories might seem baffling at first, we will discover how they were key in shaping the tradition that lay ahead of them. We’ll then move on to Socrates and Plato – the Big Guns – and look at Socrates’ Scepticism and Plato’s Forms. The fun, however, doesn’t stop there – on Sunday morning we’ll kick-off with Aristotle, who rejects Plato’s theories and forms his own system based on empirical evidence. Finally, to cool off your brain, we’ll finish with some Stoic philosophy, which synthesises all which came before it in its attempt to convince you that being emotional is bad for your being.

This course is aimed at anyone who is considering studying philosophy, classics, politics, or history at university, and no prior knowledge of philosophy is required to take the course. This will be a fully live and interactive event, with summary notes and a certificate of attendance issued upon completion of the course.

The in-class environment will seek to recreate that of a small group seminar at university, with each session blending elements of teaching, group work, debates, and student-led discussion. Students will also be asked to read a short dialogue by Plato before the course begins. This dialogue, along with guiding notes and questions from the course tutor, will be provided in advance.

For currently available dates, full practical details, and a link to the booking form please scroll down past the reviews.

‘This course is an engaging and fast paced introduction to a wide variety of philosophical issues, many of which have striking implications upon how we live our lives or view the world. All of the tutors are knowledgeable and really friendly, and there was a friendly atmosphere from the outset. This course sparked my curiosity for areas of philosophy I previously knew very little of, and reinvigorated my passion for others. I enjoyed it thoroughly.’

‘It is an accessible course whether you have had previous experience with philosophy or not. You have the chance to debate essential topics in manageable groups. These discussions are often based off short sections of an article or an idea proposed by a philosopher. The teacher ensures discussions run smoothly whilst adding and teaching new ideas along the way. I would strongly recommend this course!’

‘This course is an engaging and fast paced introduction to a wide variety of philosophical issues, many of which have striking implications upon how we live our lives or view the world. All of the tutors are knowledgeable and really friendly, and there was a friendly atmosphere from the outset. This course sparked my curiosity for areas of philosophy I previously knew very little of, and reinvigorated my passion for others. I enjoyed it thoroughly.’

The Ancient and Classical Philosophy course is an online event for students aged 15-18.

This is a two-day course, running on 24th – 25th April (waiting list). Teaching hours on each day will run from 10am till 3.30pm, with a break for lunch, and an independent study task.

This is a live online event, with small seminar groups offering fully interactive classroom discussion and debate (much as you would normally expect from our in-person courses). The event will not be recorded, so it is essential that you are able to attend during the course hours, and that you have a reliable audio and video connection.

The cost of the two-day course is £180 per student. As class sizes are small, places are very limited, and will be allocated on a first-come-first-served basis.

You can see our full booking terms and conditions here.

You can book online using the link below, or if you have any further questions, please call us on 0800 8101058, or email info@jessicah56.sg-host.com

Manage Cookie Consent
To provide the best experiences, we use technologies like cookies to store and/or access device information. Consenting to these technologies will allow us to process data such as browsing behaviour or unique IDs on this site. Not consenting or withdrawing consent, may adversely affect certain features and functions.
Manage options Manage services Manage vendors Read more about these purposes
View preferences
{title} {title} {title}